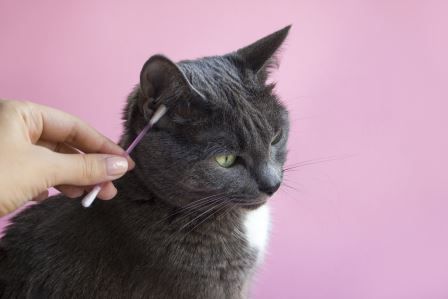 Have you heard stories about earwax causing hearing loss? In truth, earwax buildup is the most common cause of what’s known as conductive hearing loss, which is when a physical barrier stops sounds from reaching the eardrum.

That said, earwax, or cerumen as it’s also known, is a misunderstood substance. Let’s look at some facts about earwax and how to manage it.

What earwax is and what it’s for

Cerumen is a wax-like substance that’s secreted in the ear canal and is meant to trap bacteria, fungi, dust, water and even insects. Earwax doesn’t just sit there, either. When you talk or chew, your jaw moves, and that makes earwax move along your ear canal towards the outside, along with everything it’s trapped. So, earwax is actually a way for your ears to remain clean and free of any irritants or contaminants. So why does it cause blockages?

Some people simply produce too much wax. And sometimes the ear canal doesn’t let the wax move correctly. But these are less common causes of earwax blockage. The most frequent reason ears get clogged is due to at-home removal of cerumen. A widespread misconception is that you can and should clean your ears with cotton swabs. However, using cotton swabs to remove earwax often results in pushing it deeper into the ear canal, which then leads to a blockage. Other common causes of excessive buildup include frequent earphone use and the wearing of hearing aids, especially among older adults.

When and how to remove earwax

At this point, you may be wondering what you’re supposed to do about your earwax. The fact of the matter is that if you’re not experiencing any symptoms, it’s best to let your ears clean themselves. The usual symptoms of excessive earwax buildup are hearing loss, tinnitus (a buzzing or ringing in your ear), a feeling of fullness in the ear and earaches. If you notice those symptoms, you’ll want to consult an audiologist. Left untreated, the condition can lead to ear infections, which come with severe pain and the potential for experiencing related complications. but more severe cases require direct intervention, so finding a good hearing clinic in Calgary is crucial.

Hearing health is important, and your audiologist can direct you to the right treatment. Remember that hearing loss isn’t just caused by wax buildup, so going in for a hearing test is typically a good idea. Contact us today at Soundwave Hearing Care to benefit from our expertise in hearing solutions in the Calgary area .