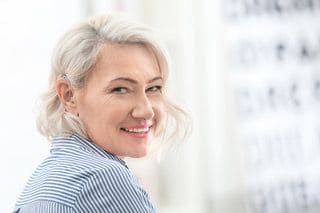 Many people with a hearing impairment are reluctant to talk about their experiences, or even admit they need hearing aids. In some cases, this is because they don’t want to draw attention to their condition. At Soundwave Hearing Clinic, we believe it’s important to help combat the stigma of hearing loss by talking openly about its effects and causes. Here are 12 celebrities who’ve also spoken up about their experiences of living with a hearing impairment. 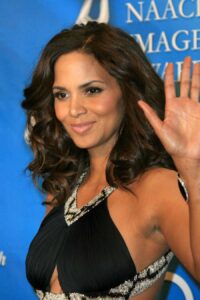 This celebrated actress lost almost all of the hearing in her right ear during a violent encounter with an abusive ex-partner. It was the experience of losing her hearing due to domestic violence that prompted her to raise awareness about the issue.

“It was only when … I lost 80 percent of my hearing in my ear that I realized I have to break the cycle,” Berry once said. Her story is a powerful reminder that hearing loss can be caused by violence and injuries as well as exposure to loud sounds.

This teen actor, who quickly rose to fame after starring in the hit Netflix series Stranger Things, was born with partial deafness in one ear. She eventually lost her hearing in that ear entirely. This sometimes causes her to miss the director’s “action” cue, but it hasn’t stopped her from launching a singing career.

The world-famous rock musician has tinnitus and is losing his hearing after years of playing loud music on stage. “It was my own doing — being irresponsible and thinking I was invincible,” he once said. After acknowledging the issue, Clapton began taking steps to protect his hearing, such as by using quieter amps and guitars.

As a kid, this comedian wanted to be a marine biologist. Unfortunately, a procedure to remove a tumour from his right ear left him deaf in that ear and unable to scuba dive. “They scooped it out with a melon baller,” he said jokingly. Luckily, Colbert found success elsewhere as the host of The Late Show.

Best known for his TV portrayal of the Incredible Hulk, Ferrigno lost 75 percent of his hearing at the age of three because of an ear infection. The actor and former bodybuilder has worn hearing aids since he was four.

“I think my hearing loss helped create a determination within me to be all I can be,” he once said. “[It] gave me a certain strength of character, too.”

This actress, comedian and TV host wears hearing aids throughout the day, as she’s no longer able to hear low tones. “I attribute my own hearing loss — which, by the way, is suffered by thousands of people in varying degrees — to years and years of listening to music so loudly and so close to the delicate ear drum,” she once said.

Known for his role in hit shows like The West Wing and Parks and Recreation, Lowe has been deaf in one ear since he was an infant. His hearing impairment, which he has said he rarely thinks about, is likely the result of an undiagnosed case of mumps, a viral infection.

Despite losing her hearing in her right ear as a baby, likely due to a high fever, Lynch claims she didn’t realize she had a hearing impairment until she was seven. “My brother was switching his transistor radio from one ear to the other,” she wrote in her memoir. “I said, ‘You can’t do that. You can only hear from one ear.’ He said, ‘No, I can hear out of both!’”

The lead singer of Coldplay reportedly started noticing signs of hearing loss and tinnitus at age 25. “There’s no doubt it’s been caused by years of being on stage and subjected to very loud decibels of music,” he once said. “Looking after your ears is, unfortunately, something you don’t think about until there’s a problem.”

Once the risk of further hearing loss threatened his career, Martin began to wear earplugs on stage.

This young actor’s experience with hearing loss — which she lost as an infant due to a medication overdose — proved invaluable on the set of A Quiet Place, in which she played a deaf character. Although she wears a cochlear implant, Simmonds mostly communicates through American Sign Language.

This Canadian actor, celebrated for his iconic role as Captain Kirk, developed tinnitus after standing too close to a special effects explosion while filming Star Trek.

“There were days when I didn’t know whether I would survive, I was so tormented by the screeching in my head,” he once said. Fortunately, Shatner was able to treat his condition and find significant relief with tinnitus retraining therapy (TRT).

One of Canada’s greatest songwriters, Young has long suffered from tinnitus. In fact, it eventually led him to create softer music in the 1990s, following the production of his live hard rock album Weld. “I made Harvest Moon [in 1992] because I didn’t want to hear any loud sounds,” he once said.

Hearing solutions in the Calgary area

Whether you suspect you have a hearing impairment or you need to have your hearing aids adjusted or replaced, the team of audiologists at Soundwave Hearing Clinic is here to help. Contact us today to learn more about our services or book an appointment. Our clinics are conveniently located in Calgary, Grande Prairie, High River and Lethbridge.